It’s late Friday afternoon, moments before 5pm, when the notifications begin rolling in…

The new hire turns to you with a face of fear, wondering whether she should call her family now and tell them to cancel her new-job celebratory dinner tonight. Yet you sit with a zen-like calmness as you slowly pack up your bag, and turn to her and say “Want to grab a beer before your dinner?”

Isn’t it funny? You hear a phone ring and it could be anybody. But a ringing phone has to be answered, doesn’t it?

I’m reminded of this quote every time I encounter Operations teams whose primary means and measure of monitoring is Up/Down availability with dashboards consisting primarily of red and green status lights alongside server names.

Historically IT has been a culture of static infrastructure. An upfront investment in hardware, a delivery of several boxes to the data center, and a careful installation process. Initial success when that power button is first pressed, and continued success measured by how continuously those fans were kept humming.

Red is bad. Green is good.

The advent of cloud computing has introduced new opportunities to procure infrastructure and platforms as a service (IAAS/PAAS) on a pay-as-you-go model. Virtualization companies are increasingly bringing hybrid and private cloud opportunities as well that feature similar levels of elasticity.

Automation, pushed forward by the rising popularity of DevOps, is forcing companies to change traditional models of infrastructure and operations in order to maximize cost efficiency and stay competitive.

Together, DevOps and Cloud Computing are inspiring a change of thought process:

Is the server up? –> Are the services needed?

and a corresponding strategy of:

Spin down what you’re not using

Apart from traditional decommissioning, why might you intentionally spin down your server?

Scenario: You run batch calculations against a large dataset at end of week, a frequent occurrence in large enterprises such as retailers. Your company has opted to leverage EC2 virtual machine services from AWS (Amazon Web Services) and your company’s standard platform, Red Hat Enterprise Linux. These calculations benefit from high memory, so you opt for the following, which is able to complete the job in 2 hours.

By leveraging automation, the server can be automatically initialized on a schedule and torn down at the completion of the job. Let’s look at the annual cost comparison of running the server solely for executing the job and spinning down afterwards against a server running continuously all month. 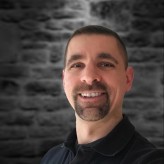 No Older Articles
Next Article

Stay Inspired, One New Tab at a Time

Made with inspiration & love by DeliverInspired © All rights reserved